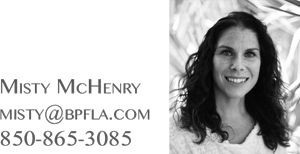 Besides an upscale kitchen and plenty of space, what are new-home buyers’ looking for when house hunting? Surveys by the National Association of Home Builders and homebuilder PulteGroup shed some light on a few of the latest in-demand amenities.

1. Walk-in closets: Large closets, particularly in the master bedroom, is among one of home shoppers’ top priorities, according to the NAHB survey of builders and remodelers. Indeed, 31 percent of 1,000 home owners recently surveyed by PulteGroup said they’d sacrifice another household feature in order to have his-and-hers closets in the master bedroom.

2. Luxurious laundry rooms: Buyers are looking for more than just a place to stick their washer and dryer. They want upgraded laundry rooms – complete with skylights, built-in ironing boards, space for folding clothes, extra storage, and upgraded appliances, according to the NAHB survey.

3. Energy efficiency: Home buyers are looking to cut utility costs, and energy efficiency appliances and products can be one way to do that. Low e-windows, Energy Star appliances, and programmable thermostats are more in demand among home shoppers.

4. Great rooms: These large open spaces that often merge dining rooms, living rooms, and kitchens continue to be in high-demand among home shoppers, according to NAHB’s poll of builders. “Great rooms are wonderful places where everyone in the family can sit around, or where the kids can do their homework while you get dinner ready,” Stephen Melman of NAHB told MainStreet. “Today’s great rooms are large, bright and just make you feel good being there.”

5. Taller first-floor ceilings: More home buyers want the first floor to stretch beyond the typical eight-foot ceiling. They’re asking builders for nine-foot ceiling heights. The taller ceilings can open up living rooms, dining rooms, and other spaces on the first floor. But home shoppers say they can do without the cathedral ceiling in the family room, which can be too costly to heat and cool. Also, they aren’t preferring the higher ceilings on the second floor, which many home buyers say they want to feel more cozy, Melman says.